When should EdTech startups use Moodle?

Here in Japan I have worked with a number of startups in the education space that operate on the SAAS (software as a service) model. All of them have had to make a decision about their (LMS) Learning Management System. Some have chosen to use Moodle, and others have chosen to use something else. No small number of startups choose to develop their own solution. Because my role in these startups has generally been “the Moodle guy” most of the time we were using Moodle.

Hindsight is a wonderful thing, and in hindsight I would not have used Moodle in all of those cases.  In other cases I still think Moodle was the best choice, but I simply would have used it differently. However for any number of startups I think Moodle would have been a better investment than the route they did go.

So before I give you my rule of thumb. Let’s talk about startups. In most cases these are brand new companies taking a new product or service to market. In Eric Ries bestselling book the Lean Startup he argues that companies should take an iterative approach constantly refining and re-releasing their product based on the feedback of users. This is largely accepted as wise advice these days (though it is not always followed). Personally the immediate takeaway from that, is that the product needs to be validated as early as possible with minimal use of resources.

So with that in mind, when should we use Moodle?

When Moodle already does what you want.

One large company I work with spent tens of thousands of dollars on a proprietory online recorded lecture delivery system. Their iteration was to find themselves regularly facing the decision of whether to throw good money after bad. When we came to them with Moodle, the promise of a system that was mature and that already worked was music to their ears. Moodle already is a secure, mature and full functioning platform. All they had needed was a user management system, to be able to group lectures into courses, and a custom video player.

If your needs are not particularly original, consider spending time learning how to use Moodle and get to market quickly. And save your time and money for the 2nd round of development, without all the risk.

When you don’t have a developer on your team.

Though it might sound odd, coming from a prolific developer of plugins, I think startups should use Moodle as is. If you take the time to learn Moodle, it is astonishing how much you can do with it without a lick of coding. Sure you can’t hide the ‘country’ field on the sign up form, but you can at least set the default to the country you choose. Do you really want to develop a whole new auth plugin just so that you can make the sign up form look like your whiteboard sketch?

Because once you write a plugin, you need a developer. And once you get a developer, well you generally just keep on asking them to do more and more. And pretty soon you have a whole development thing going on with associated costs, maintenance needs, upgrade concerns and unforseens. If your team has a developer, that is perhaps less critical. But without any inhouse expert, you really are at the mercy of whoever you contract to do the job. The startup world is littered with horror stories about development projects gone wrong. And I have personally seen a number of Moodle startups go bad.

One startup I became involved with had their offshore development team producing a plugin for each feature they requested. It was in the region of 20 plugins. Many of those features were non critical, and others were already catered for by Moodle. Without the inhouse expertise to evaluate the proposal they were given they went way off course.

When you do not have deep pockets.

This is perhaps the most obvious consideration. Some startups are well funded and this is a key difference. It can make sense to go your own way when you have the time and money to afford to do so. But if you do not have deep pockets perhaps your money would be better spent on marketing and product development or design.

When would you not use Moodle?

When your business logic doesn’t match up

I worked with a startup that built a portfolio of the books a student had read. The students would read books, and then take a quiz to verify they had read the book. The book would then be added to their portfolio. Some books were free and required no user registration to try. Other books required a premium subscription.  Basically clicking on a premium book would take you to a sign up page and after signing up and paying the user should be redirected to the book they originally wanted.

But Moodle does not really have paid membership as such, it has paid enrolment plugins. Somehow we had to maintain the originally requested book right through the signup, and email opt-in, through to a payment form, and finally enrol the user in the course they wished. While this problem was surmountable it illustrates how the Moodle workflow may not suit the desired business logic.

There are plenty of online courses out there that just consist of a series of self-access videos and a community forum. Often in these cases, the sales process for the course or courses is quite intense and requires integration with auto responders, landing pages and social media marketing.  In these types of situation, there simply are platforms more suitable than Moodle. It is not terribly easy to make a Moodle site look like a modern homepage with funky menus, and “About”, “Pricing” and “Testimonials.” Without a good deal of effort, Moodle is not really a sales platform. And while you could work it into one, the question would really be why? After all, WordPress does this job better and has numerous plugins for simple online courses.

When open source doesn’t work for you

In startups, funding is a key issue. Being technically innovative, holding patents and IP that have value, are often a part of the story that you need to tell to get investment. Its a much harder to sell that story when your software is open source.

In summary, Moodle is not the only LMS game in town but it has considerable merit. Your decision really needs to be based on how closely Moodle’s existing features and workflows match with your desired system. And to balance that against how soon and cheaply you need to get your product to market. 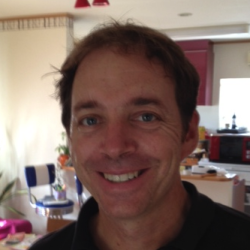 Justin Hunt
Justin works with HRDNZ (Moodle Partner) on development project and courses, and is well-known for his PoodLL project.

Justin works with HRDNZ (Moodle Partner) on development project and courses, and is well-known for his PoodLL project.

One thought on “When should EdTech startups use Moodle”