If you have ever wondered how to get students to do more with course texts than skim through them and (if you are lucky) take notes, you may be interested in Perusall, which describes itself as a "social e-reader". Services it provides include …

I’ll dig into those in a minute, but first a bit of history. Perusall was the result of a four-year project by a team of academics: Gary King, Eric Mazur and Kelly Miller from Harvard University, and Brian Lukoff from the University of Texas, Austin. I’m mentioning this to emphasise that it is not some new, gimmicky edu-app but a tool painstainkingly developed by professors to aid in their teaching. From here it grew to a platform used by about 3,000 institutions in over 90 countries. It’s also a viable business, but the clever thing is that it doesn’t make money by selling licences but by selling books. One aim of the founders was to find a way to circumvent the black market in textbooks by providing an affordable online library for schools, who can either purchase books through the Perusall store or upload content to which they already have digital rights, including, of course, public domain and Creative Commons material. In the latter case, Perusall can be used at no cost whatsoever.

At its minimum, Perusall is a repository for course texts that allows students to highlight and take notes online, rather like Moodle’s PDF Annotation plugin. The social part comes in when students see each other’s notes, comment on them and ask questions either to each other or to the teacher. Students can be left to their own devices, or the teacher can set an activity with specific instructions, such as "Highlight any terms you are not sure of," "Write three questions about the text," "Highlight five sentences or phrases you think you might use in an essay and state why," or "What part of this text do you disagree with most?" The teacher may also write questions at specific points in the text for students to answer.

Similar features exist for videos, though with timestamping rather than highlighting; the student simply pauses the video then writes their question or comment. I recently attended Perusall Exchange 2022, which as well as live presentations and uploaded papers featured asynchronous video presentations which we commented on just like a normal Perusall lesson.

As you’d expect from a project spearheaded by the director of the Institute for Quantitative Social Science, Perusall has some cool reporting and visualisation tools, such as the Heat Map, which shows when the most comments occurred, and the wonderfully named Confusion Report, which indicates which parts of a text caused the most student activity (which of course does not necessarily indicate confusion, but is a good sign of what to focus on in a lesson).

Perusall has its own grading system based on the quantity and quality of student comments. Opinion is divided on this: I’ve never had much use for it, but some teachers swear by it. As with any machine grading, the question of reliability comes up. In Perusall Exchange 2022, Raoul Mulder of the University of Melbourne presented some research comparing Persuall’s grades with those assigned by five human raters. The mean Kappa value (which indicates agreement) between Perusall and the human raters was 0.285. This is not wonderful but not remarkably low; neither was agreement between human raters (0.355) particularly high (complete agreement would be 1.0). Personally, I would be reluctant to use any kind of machine grading for a substantial part of a student’s grade, but setting aside a few percent might be motivating; otherwise, you can just use the grades as formative feedback.

And now for the question all you Moodlers are asking: how well does it integrate with Moodle? The answer is very well indeed. If you write to the Perusall people, they will send you the keys so you can set it up like any other external tool. Once Perusall is added to a Moodle course, all students in that course will be registered with Perusall and simply need to click the link in the course rather than creating a Perusall account. All texts and exercises for a course can be accessed through just one link.

Perusall is not flawless, and will not make flipped learning happen overnight, but it is a valuable and well-excecuted tool that I strongly suggest trying. 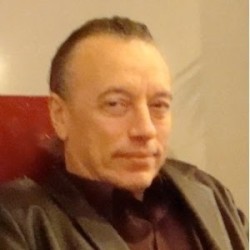 Learning quote of the week